About Anglican Cathedral Church Of St. Alban The Martyr

Church Find welcomes Anglican Cathedral Church Of St. Alban The Martyr in Narrandera, who are engaged in a revitalisation journey enriching the community, for all their latest times and information including times.

n 30th November, 1920, Griffith was made a Parish. The Church of St James, Hanwood (now located in Griffith's Pioneer Park following the last service on 16th May, 1971) was an old weatherboard church, relocated from the Stock Route between Bilbul ans Beelbangera. The early settlers were served by a Catechist, Mr E.P.Millard, during 1920, followed by the Reverend Wilbur Brooke as Deacon -in-Charge in 1921. Due to the growth of the town, services were also held in the picture theatre, the first being on 15th August, 1920.

The Rectory was built in 1923, and until the church hall was erected in 1927, baptisms and marriages were conducted in the Rectory lounge room. The church hall was dedicated and opened on the 22nd March 1927, by the Right Reverend A.F.Winninton-Ingram, Lord Bishop of London, having been built at a cost of 1,400 pounds.

In September 1937, the groundwork for the building of a cathedral church was laid by a Griffith Parish delegation, led by the Rector, Reverend W.G.Bennett, who travelled to Hay to meet with the Bishop of Riverina, the Right Reverend Reginald Halse, and the Diocesan Council, to suggest that the Cathedral of the Diocese should be built in Griffith. During the 1938 Synod, Bishop Halse affirmed the need for a Cathedral as a centre for worship, social service and missionary enterprise, and the Synod moved to have a parlimentary Bill prepared which would remove the restriction of the Bishop's seat to Hay or Deniliquin. However in 1939, the principle concern of the new Rector, the Venerable Victor Twigg, was that Griffith should have a church worthy of God.

Louis R. Williams, F.R.A.I.A., was commissioned to design a church in November, 1947. He was asked to design a church which would be ' spacious, lofty, seating around 300 in the Nave with ample room for extra seating, cloistered aisles, Chapel, Choir Gallery, separate Baptistry, good vestry accommodation, no doors opening to the southwest and to be free of any dust-catching ornamentation". St Alban's combines modern and traditional architecture, designed for Australian conditions and was described by Louis Williams as '20th Century Gothic".

The original plan, completed in 1948, for a longer church with a West Door Porch and more elaborate terrace was estimated to cost over 70,000 pounds. In 1953 Mr Williams modified the plan, and a tender for 44,596 pounds was accepted from Hutcherson Bros., Sydney. The groundwork began in February, 1954, and the work took nearly fifteen months to complete.

The Foundation Stone was set on 2nd may, 1954, by Archdeacon Twigg, in the presence of the Lt Governor and Chief Justice of N.S.W. the Hon. Kenneth Street and Bishop H.G. Robinson, fifth Bishop of Riverina.

On Saturday, 16th April, 1955, the Church was opened and dedicated with a fanfare of trumpets greeting the Bishop and was attended by a crowd of approximately 750 people seated in the church and 1200 outside. On Sunday 17th April the Bishop celebrated Holy Communion for the first time in the new church.

St Alban's was dedicated 'To the Glory of Godand in Memory of the Fallen' and in 1956 the Archbishop of Brisbane dedicated the Honour Roll containing the names of those who gave their lives during World War ll, in the presence of the High Commissioner for the United Kingdom.

During 1984 the Diocese of Riverina celebrated its Centenary.

The first Bishop of Riverina the Right Reverend Sidney Linton was consecrated in St Paul's Cathedral, London on the 1st May 1884. Bishop Linton was then enthroned in 'Old St Paul's Hay on the 18th March 1885. The centenary celebrations took the form of a Diocesan art Exhibition, formal dinners and a bush dance and a Festival Eucharist at Dalton park Griffith with the Bishop of Bath and Wells, The Right Reverend John Bickersteth, as the special guest preacher.

On Tuesday, 1st May 1984, as part of the Centenary celebrations, St Alban's Church at Griffith became the Cathedral of the Diocese. The Right Reveerend Barry Hunter, seventh Bishop of Riverina, knocked at the West Doors three times to claim St Alban's as the Cathedral Church of the Diocese of Riverina and was placed in his Cathedra by the archdeacon of the Riverina, the Venerable G.R.Lawrence. The address was given by the Lord Bishop of Bath and Wells. 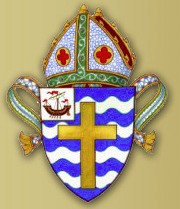 Anglican Cathedral Church Of St. Alban The Martyr is a Christian church situated in Narrandera. Churches believe the entirety of the Word of God and worship the Living God, Jesus Christ, in Spirit and truth.  Church Services are noted for their anointed preaching and teaching and the signs and wonders that accompany them.