Church Find welcomes Perth Hindu Temple in Canning Vale, who are engaged in a revitalisation journey enriching the community, for all their latest times and information including times.

Like a compassionate Guru, like a loving mother, the temple bestows spiritual upliftment and material prosperity to the individual and to the society as a whole. Swami Shantanandaji consecrated the land with three days of Navaratri Puja from 29th September to 1st October 1987. An all night homam under a small tent and the stars was held on the final navami night with the chanting of Chamunday Devi mantra. Swamiji did the prana prathishta of Devi Amman that evening and gifted it to us for the Temple. It was an electrifying experience.

A constant stream of Swamis have visited the Temple since its opening. In May 1992, Swami Haridas Giri visited us and early the following year sent to us the icons of Lord Vishnu and Lord Subramanya with their consorts. These were installed on the Guru Poornima day on 3rd July 1993. Although we had not made any such plans, miraculously again, Swami Damodaranandaji and Swami Shridharanandaji Maharaj, of Ramakrishana Mission Fiji and Lucknow respectively, visited us at the Temple that day.

By praying here many people have been transformed, others have found solace, many more have found their Sadgurus and others have come to see their spiritual benefactors in a different light. 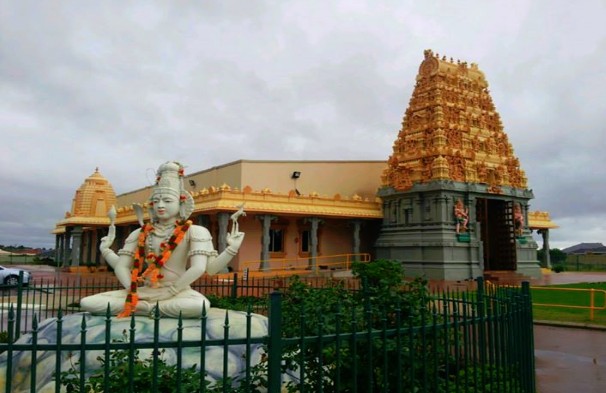 Perth Hindu Temple is a Christian church situated in Canning Vale. Churches believe the entirety of the Word of God and worship the Living God, Jesus Christ, in Spirit and truth.  Church Services are noted for their anointed preaching and teaching and the signs and wonders that accompany them.