Church Find welcomes Shree Swaminarayan Temple Bennett Springs Perth in Bennett Springs, who are engaged in a revitalisation journey enriching the community, for all their latest times and information including times.

Shree Swaminarayan Temple (Mandir) Perth is a Social-Spiritual Hindu Organization, based in Perth Australia. Perth is known to be the most isolated city in the world. Our Haribhaktos decided to migrate to Perth in the 1990’s where they faced isolation and a complete fresh start in making an establishment of our Sampraday. The early settlers met at individual’s houses and held Satsang Sabha, carried out with Kirtan and Bhakti. The Satsang was overseen with regular visits from Maharajshree and Mota Maharajshree in the 1990’s and Bhuj Mandir Santos started in 2003.

As you enter the Mandir premises from Marshall Road, a gated architectural arched passage structure sourced from India will direct cars and personnel via a mini roundabout towards the lit tarmacked car park area.

Welcoming fountain furnished with Shivji waterfall with soft landscaping surround will lead personnel to the Mandir’s elevated entrance into the Mandir hall. Overflow car parking provision has been considered for bigger events by the side of the Mandir structure. 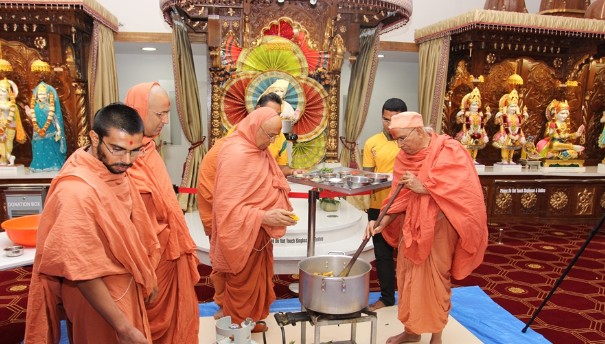 Shree Swaminarayan Temple Bennett Springs Perth is a Christian church situated in Bennett Springs. Churches believe the entirety of the Word of God and worship the Living God, Jesus Christ, in Spirit and truth.  Church Services are noted for their anointed preaching and teaching and the signs and wonders that accompany them.